In October of last year Anya A’Hearn sent an email around to the rest of the Tableau Zen Masters to let us know about upcoming projects sponsored by the Tableau Foundation, which had recently been set up.

Tableau was going to provide free software and financial support to a few select charitable projects aiming to use data to tackle problems. Tableau wanted to know if the Zens was would we be willing to volunteer our time and skills to help the project teams fully utilize their Tableau resources.

Because of my brief background working in Infectious Disease Epidemiology, and because it made sense geographically, I put myself forward to assist with a  collaboration between the Columbia University Earth Institute and a company called Dimagi. The goal of the project was to utilize mobile phone technology and teams of contact tracers to conduct contact tracing to combat the spread of Ebola in Guinea, West Africa.

Contact tracing works more or less like this: After a patient is diagnosed with Ebola, the people who had been in contact with that patient (the "source case") are identified and monitored each day for 21 days, which is the incubation period for Ebola. Contact tracing is an established method for controlling the spread of a disease. 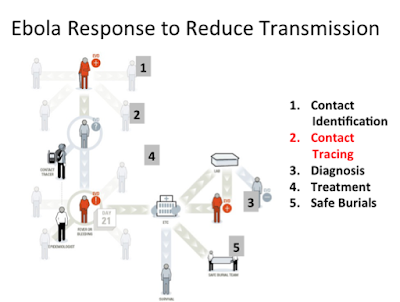 
I met up with Dr Jilian Sacks, part of the team from Columbia who were spearheading the project. Jilian explained to me how in this situation the contact tracers would be paid volunteers from the communities in Guinea, and the recording of information would be captured on basic smart phones via a questionnaire app created by Dimagi, called CommCare. The app would lead the contact tracers through a series of questions designed to capture information about the contact and record signs of symptoms. The app also provides prompts for health information or advice messages to be delivered.  That data is then submitted from the phone and loaded onto a database. And that’s where Tableau comes in. 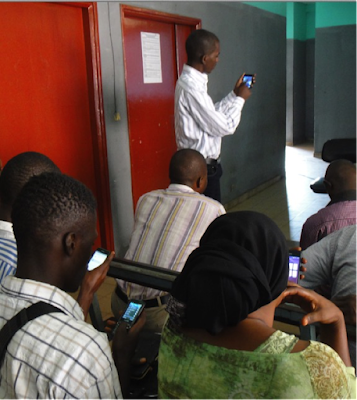 (Aboubacar Diallo, mHealth Country Coordinator of the Program, leading a training on CommCare for Contact Tracers in one of the communes of Conakry).

Given that all this information about Ebola contacts was being captured, the goal was to utilize Tableau to visualize the information to better understand the overall picture, and more importantly to help manage the operation on a day-to-day basis.

I created a few dashboards which captured information about the contact registrations, follow up visits and closures. Creating these dashboards was in many ways different from what I normally do as a consultant and presented some specific challenges:


- We had to get up and running very quickly: People working on the ground needed to see information immediately and so there was little time for extensive requirements gathering, wire framing and design phases.
- Survey data can be tricky to work with: The data design had been set up to service Dimagi’s systems, and the translation to Tableau was quite tricky.
- I had a lack of familiarity with the topic: I had to learn about what was and wasn’t important as we progressed. For example, one element that turned out to be of importance was measuring the amount of resistance (even violence) the contact tracers faced when carrying out their work.
- The dataset was continually evolving: As the work progressed, new fields were added to the survey data, or changes were made to existing data to address data quality issues.
- There were language barriers: The database was in English (and English is the only language I really know) but the dashboards needed to be in French.
- Time was in short supply: I still had to hold down a very demanding day job and do this in the evenings and weekends.

However, working with Jilian Sacks and Elizabeth Zehe from the Columbia team on the requirements and with Tyler Sheffels at Dimagi on the database and Tableau Server, we managed to get some dashboards off the ground and into the hands of healthcare workers and officials in Guinea. 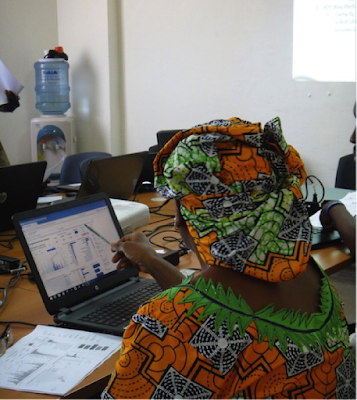 (A doctor in charge of health for one of the communes in Conakry, the Capital of Guinea, at a training.)

These dashboards covered summary views of the situation on the ground, but it quickly emerged that some views giving more detailed analysis of the activity of the contact tracers was required to really add value to the management of the operation.

Fortunately for me, I have some great colleagues at Slalom and they came in to really drive these new dashboards forward.

Firstly John Mathis (of Iron Viz fame) not only helped to refine and organize the existing dashboards, but also created a couple of brilliant views that would enable daily management of the operations and the activities of the contact tracers. The views that John created proved to be extremely helpful to the project teams and are viewed every day. John also worked very closely with Tyler to get the database into the best shape possible for use within Tableau.

Next up we needed someone to help create a single overall KPI view, and for this fellow Zen Master Nelson Davis stepped up to the plate. Nelson put his Tableau skills to work to merge multiple datasets into a single page view of what had happened in the last 7 days.

John and Nelson both managed to not only show what did happen but also show what didn’t happen—a skill that anyone who has worked with data knows to be extremely difficult.

(Some of the dashboards.)

I’m very pleased to say that our hard work has been well-received, not just by the immediate project teams but also by the health management teams and frontline contact tracing supervisors in Guinea and even the government's National Ebola Response Committee. The most rewarding part of this process has been to see pictures like those below and know that we did something that is really being put to use. 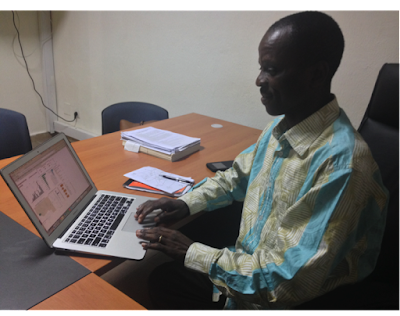 (Dr. Pépé Bilivogui, Lead of the Surveillance Pillar of the National Ebola Response Committee in Guinea.) 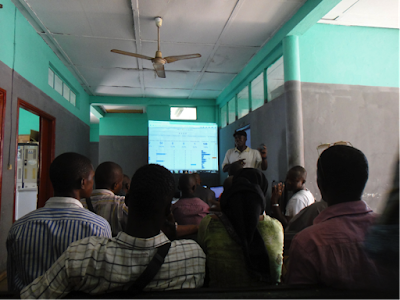 (Dr. Alain Achi, one of the Guinea-based project staff, leading a training on CommCare and Tableau for Contact Tracers in one of the Communes of Conakry.)

We also received this email from Neal Myrick, who heads up the Tableau Foundation:

“Was at the Ebola Innovation Summit in SFO yesterday. Randomly met an advisor to the President of Guinea.  He saw my name tag, swung his computer around and showed me the live Tableau visualizations from the project with Dimagi and Columbia University.  Really stellar!”

It doesn’t get much better than that.

I presented our work along with Jilian and Beth from the Columbia team and Tyler from Dimagi at the Do Good Data conference in Chicago, which was a great experience.

Unfortunately the work is not done as Ebola is still present in Guinea (as well as in neighboring Sierra Leone and Liberia).  Despite the fact that the world’s tv cameras have stopped filming it, the epidemic is still going and we need to keep supporting efforts to slow it. We’ll continue to do our small part by improving the information flow and hope that that makes a difference.

I’m pleased to say that we will be presenting this story at the Tableau Conference in October, so come and find out more. 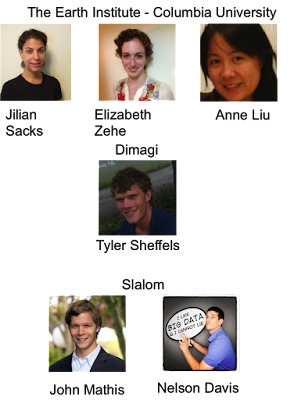